A short meditation on writing, and its tools 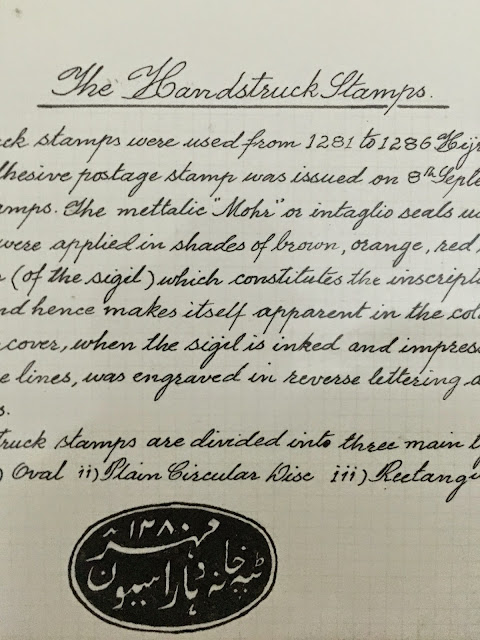 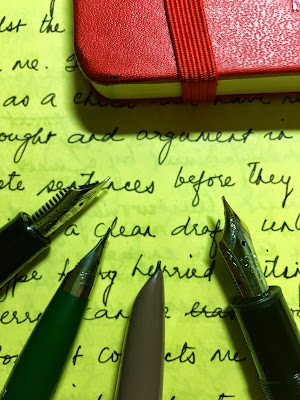 Sometimes nostalgia shades mundane objects with romanticism. One day I rummaged in a lower drawer, and retrieved some fountain pens from my student days. They stand on my desk now, lovingly rejuvenated and recharged, and fit into my cupped fist with a startling snugness. An astonishingly smooth Parker 51, and a green and chrome Sheaffer. They’ve both withstood the test of time and flaunt their pedigree. I rue that somewhere in the past I disposed a Parker 61 I’d used in school. It was turquoise, with a heritage silver and gold cap, and sucked ink via an unbelievably cool capillary action; one just had to stand it upside-down in an ink-bottle! It had perhaps jammed with disuse. I could have had it cleaned, but didn’t know better.
I like writing longhand. It forces me to slow down amidst the sapping frenetic pace that life is lived out around me. It allows me to savour skills I learnt as a child and have retained. It evokes thought and argument in the mind, it coaxes complete sentences before they are written down, resulting in a cleaner draft; unlike the think-while-you-type hurried writing on computers, where errors can be wiped clean by pushing a button, which is not the point. It connects me with corners and alcoves of my mind, and atrophying surfaces of my heart. It creates a circle that completes me.
When did you, dear reader, write with pen on paper last?
Posted by Aasheesh at 11:28 PM

What a rich history you set down here, Aasheesh! I love writing too but no one would play post-post with me.

I resort to pen and paper particularly when I struggle with the opening paragraphs of important stories. The biggest notebook I can find, a pen in some virulent colour (it just adds zest) and a corner by a window... and then the words come.

And -- forgive me the irreverence -- but I had to laugh because your post reminded of the the song 'Old-school Girl' from the recent Tanu weds Manu Returns :D